You are now ready to set-up your Slideshow content.

For more information about adding posts to the slider, please read the documentation

“Black History Month is a global movement and an opportunity for the Welsh independent Schools Council to research, recognise and retell the history of people of African and Caribbean descent.
The contributions made by black people to the world have often been ignored or unrepresented over the years and the Black History Month objective is to change that by celebrating the achievement and contributions of the black community over the years to Welsh, national and world history and culture.”
“Defining myself, as opposed to being defined by others, is one of the most difficult challenges I face.”
– Carol Moseley-Braun, politician and lawyer

WISC does a great job supporting schools in Wales, not least with the Welsh government and by organising splendid training conferences. Welsh independent schools benefit greatly from membership of WISC.

WISC operates alongside the Independent Schools Council (ISC) to represent specific concerns for independent schools in Wales. The Welsh political scene and inspection regime is different from that across the rest of the UK so WISC provides support for Welsh independent schools tailored to their specific needs. WISC’s newsletters and conferences are very well received by members and WISC has developed close links into the Welsh Assembly, relevant Welsh Standing Bodies and Estyn in order to ens…

Can I please just take this chance to thank you for your support over the many years we have worked together- here at Beechwood College. Your support has been invaluable, and the information you have sent out in relation to COVID in particular has been so precious and time saving!

We thorough enjoyed attended this conference and feel we have had a massive success from sponsoring. We, therefore, would love to sponsor the event in 2018 if possible.

I really enjoyed the WISC conference. I thought all the speakers were really good.

“ISBA is delighted to work with WISC in providing advice, guidance and professional services to schools in Wales which will support bursars in their critical role of running the business side of Welsh independent schools. Our relationship is evolving into a strong working partnership”

“WISC works closely with the Independent Schools Council (ISC) and we are pleased with the good job being done by WISC. The educational landscape in Wales is different from that in England but of course, many of the key issues we face are the same. For these reasons it is good that WISC can represent the distinctively Welsh concerns while at the same time working alongside ISC”.

‘The Boarding Schools’ Association values its positive working relationship with WISC, as a fellow affiliate member of the Independent Schools Council and ensuring strong support for independent boarding schools in Wales.’

Congratulations Emma. It was a really enjoyable conference. Thank you so much for all the time and effort you put into making it such a success.

I would also like to express my appreciation for all of the support and guidance that you have given us throughout this year. I know that I will not be alone in saying that without the guidance and expertise of WISC, we would really have struggled to digest and understand much of the government information and protocol” Andy Allman Head Teacher of Myddelton College 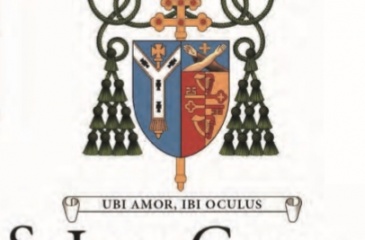 Team Blackout, will be representing Wales as part of Team GB at the F1 in Schools World Finals in Silverstone this July. F1 in Schools is a world wide competition […]